At the end of the last century, artifacts such as beepers dominated wireless communications in Colombia. These small boxes, capable of sending and receiving short text messages, were the sensation. Even men wore them as an accessory, in the belts of their pants. But his reign ended when they became obsolete because of the overcrowding of cell phones 5g is going to take the world b the year 2023.

As explained Catalina Irurita, vice president of marketing and communications at Ericsson for northern Latin America, this was made possible by the advent of 2G technology, a telecommunications network that facilitates the transmission of voice, the same that these days the Communications Regulation Commission (CRC) is studying if it is going to turn off.

Later, with the launch of the first iPhone, there was an opening to the world of applications and Internet browsing, thanks to the leverage provided by the 3G network. Then came the 4G and 4.5G, whose function was to enhance the previous ones and allow the increase of capabilities such as those that support live video, to finally talk about the 5G network.

In sum, all this evolution translates into improvements that the world of telecommunications has gradually seen. As well as its predecessors, 5G is a network that has the potential to revolutionize communications. According to Irurita, if the previous ones allowed the connection between people, the main differential of this new technology is that it will enhance the communication between objects.

That is IoT devices ( internet of things, for its acronym in English), devices such as security cameras, bells and smart refrigerators, which are already becoming popular in Latin America and which will cause the demand for connection in Colombian homes. rise significantly.

Then a new highway is needed, one that allows walking at better speeds. Irurita sums up the potential of 5G like this: if a person with 4G used to take six minutes before downloading a movie in HD quality, with the new network he can do it in just six seconds.

But the speed of navigation is not the only potential that the 5G network brings. Its attributes also allow improvements in terms of latency, that is, the time it takes two points to communicate, something fundamental in autonomous vehicles, for example. It is not the same thing that an unmanned car has a reaction time of 40 milliseconds to identify an obstacle in the road, to have 10 milliseconds.

However, for the expert in the technology, media and telecommunications industry of Deloitte, Nelson Valero, latency will be an element not so significant in the daily life of an average citizen, that is, the decrease in this time will be almost imperceptible.

Here it is necessary to clarify that not any device can move in the 5G network since this highway is designed only for those who can support it. That is why several brands launched telephones with this characteristic to the market months ago.

The potentials that 5G has in smartphones are, on the one hand, increase the speed of navigation up to 10 times more, according to studies, and improve their reaction times by decreasing latency.

Someone may be tempted to buy a next-generation 5G cellphone, hoping to improve their navigation. But in countries like Colombia, where the deployment of this network is still under evaluation, it would be an error, at least in the short term.

Valero agrees with the idea that this would be like riding a Ferrari in the middle of the peak hour and on Caracas Avenue, since, although the device has the potential to sail faster, it could not do so because there is no lane that allows it to get the juice to its potential.

The latest forecasts made by Deloitte in this matter show that for this year only 25 operators will be mounted on the 5G bus around the world, while 50 will do so in the next two years. The above leads to the question: how long will it take for Colombia to start deploying the 5G network. 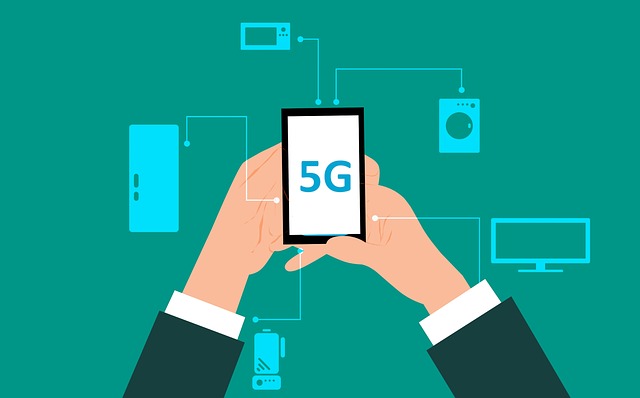