The era of the internet has caused advancement in information technology. For instance, Data only Sims have been introduced in the communication market. Data only SIM cards come with the provision of data but lack texts and minutes to make calls. It can be used with mobile broadband devices, tablets, desktops, and laptop computers. It is used in areas or where there is no provision of Wi-Fi. These SIM cards replace the Wi-Fi as the users enjoy the same services that Wi-Fi coverage offers them. Different providers supply these cards to areas where they have extended 3G, 4G, and 5G network coverage. The Data only SIM operates in a similar way as the normal SIMs but they are limited to accessing and using data. Even though some of the data Only SIMs have additional features, they are majorly used for purposes of data.

Benefits of Data Only SIM

With the widespread Wi-Fi coverage, data SIM cards may be seen as unnecessary. However, these SIM cards solve some problems associated with Wi-Fi connections. For instance, in most cases the Wi-Fi is free and as such most people prefer them to the data Only SIM Cards. With this, the connections become slow as they are overloaded by many users. On the contrary, the Data Only SIMs can be used by one individual, and as such the connections are fast and reliable.

Devices Suitable for Data Only SIMs

Data Only SIMs fit into SIM card slots and as such, they are used in devices with these slots other than mobile phones. The devices include tablets, broadband, and laptops. Not all laptops have these slots. It is crucial to scrutinize them to establish their location as they are hidden.

Networks with Data Only SIM Deals

Different networks offer these SIM deals. They include; Vodafone, EE, Lebara, BT Mobile, Three, Lycamobile, and O2 networks. They have invested in the 3G, 4G, and 5G connections to enhance the ease of surfing using their Data Only SIMs.

Factors considered when selecting a Network

The operation of the different networks varies depending on their connectivity. To land in the best network provider, various aspects are considered. The first consideration is the pricing of the providers. Here the tasks and amount of data needed are analyzed. Depending on the affordability you can select the network that suits you.

2. Preference for Long or Short-Term Contracts

The types of contracts offered by the providers should guide you on the provider to settle on. Some providers have 12-month deals while others have 30-day deals. These deals should be compared and the best can be selected. If you prefer, short term contracts, you can select the 30-day flexible deal from your suitable network. On the other hand, if you prefer a money-saving deal, you can settle on the long-term one which is twelve months.

Before selecting a network, you should assess its coverage in the area you intend to use the Data Only SIMs. The networks have advanced from 2G to 5G connections. The lower connections are available but they are not as strong as the higher connections. The introduction of 5G coverage is highly competitive as it enhances smooth connectivity. Depending on the coverage in your area of operation, you can choose a suitable network.

When selecting a network, you should consider the element of roaming. Different networks allow different levels of roaming at no extra costs in various destinations. Also, some data deals allow roaming to different extents. It is necessary to check out the roaming offers to determine the ones that fit your plan.

Apart from the available plans, there are different incentives offered by the providers. The extras should be compared to arrive at the best. For instance, some networks like Lebara go the extra mile of offering international minutes regardless of their operations in data fields. The incentives are meant to attract clients. To get the value for your money, you should check out these extra packages of the networks that are accessible in your area to select the best. Some service providers give free gifts to their clients and the types of gifts can be guiding forces to determine the selection.

Size of SIM Card to Purchase

The SIM cards come in different sizes. The SIM Cards depends on the available slots. Gadgets that were manufactured in the past five years are likely to hold a smaller Card like the Nano-SIM. However, old devices require larger micro SIMs as their slots are larger.

You can read the manufacturers guidelines or contact them to know the type and size of the sim card to purchase for the gadget in question. In most cases, the standard SIM is applied to the broadband dongles and MiFi gadgets. The Micro SIM fits in modern tablets like; Apple iPad, Apple iPad 4, and Apple iPad 2. The Nano SIM is used in devices like; iPad Pro, iPad Air 2, iPad mini 3, iPad Air, iPad Mini 2, and iPad Mini 4.

Data Only SIM and Smartphone

In the era of smartphones, the question of whether the data Only SIM can be used in these gadgets. Unlike in the traditional environment, these gadgets can work well with each other. This is possible due to the possibility of turning the smartphone to portable hotspot Wi-Fi.

Portable Wi-Fi entails the conversion of a gadget into a modem like structure to connect other devices to the internet. These types of Wi-Fi are flexible as they can be applied in different areas that have no connections. Regardless of whether you are traveling, having a fan in the park, or have just moved to a new house that lacks connections, this form of connection handles your worries.

Applying a data-only SIM for a mobile plan

The advancement of information technology has diversified the means of communication among the current population. People rely on social media communications that utilize data. If you do not make a lot of calls, you can invest in the data Only SIM plan as you will still remain connected to family and friends. The fact that people spend most of their time on social media platforms means that reaching them won't be a problem as they will be more available.

You should go for cheap and affordable plans that will help in saving the finances that would be channeled to calls. In this case, it is crucial to weigh the available data options to select the most suitable one in terms of connections and affordability.

If you have to make calls, you can consider the advanced data-only SIMs which allows the users to make and receive both calls and texts. However, these multipurpose data Only SIMs need extra payments on their available plans. In this case, you should compare the costs associated with the dual operations and normal operations.

Why you should consider a Data only SIM plan

The traditional tablet and broadband plans are not as flexible as those of the data only SIM deals. For instance, unlike in the traditional environment, these SIMs help you retain existing devices that you adore. Also, the SIMs come with shorter and flexible contract lengths that range from one to twelve months. These SIMs are economical as they do not require you to pay for new devices to use them.

The Data Only SIM Cards are equipped with unlimited plans depending on the contracts that you enter. You only need to compare the available plans among competitors in your area of operation and pick the one that suits you.

The Data Only SIM card is a modern way of accessing internet connections in different areas. They are faster than the Wi-Fi that is shared by several users. They enhance convenience and effectiveness as they can be used even when people are traveling. Their accessibility is reliable as they are portable. Depending on the available budget, you can settle on the most economic and reliable plan in either the short and long-term duration. Depending on the gadget that you intend to use the Data Only SIM Card, you should get the required and compatible size based on the guidelines of the manufacturers. Since the benefits of these SIMs outweigh those of the Wi-Fi, you can invest in them after thorough research on the available networks and offers. If you have several gadgets that you intend to connect to the Data Only SIM, then it is crucial to settle for the 5G Data Only SIM contract. This option is convenient as it will support the rate at which the connected devices will surf the internet. 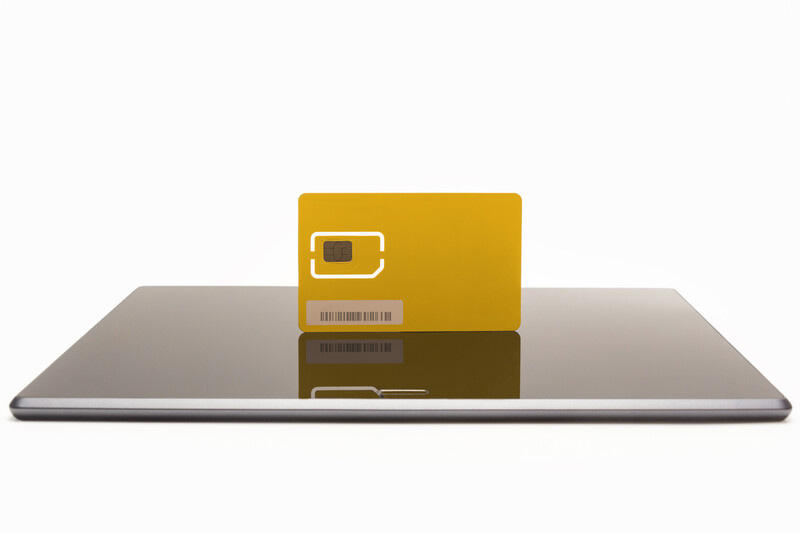 Has written for many leading online publications across a wide range of subjects. We are please he is now writing for us and brings a fresh perspective to our publication as we expand our news offerings.