Plate load tests are done by increasing the load of a steel plate that is circular in form, which is placed on the ground and recording the measurement that will be induced. This is done to determine the bearing capacity and the possibility of settlement under a certain load.

This procedure is mostly done to carry out tests on working platforms. Therefore, its important that the tests are done correctly to meet all the safety precautions. While carrying out site investigations for many of the projects, they consider the conditions of the ground in terms of depth, strength and near surface ground condition. All these play a crucial role when it comes to designing and operations of work platforms.

Plate load tests are basically used for designing temporal working platforms such as pads for cranes. CBR values can be gotten from modulus of sub-grade reaction by using mathematical relationship.

How plate load test is done

Plate bearing test is carried out in accordance with BS 1377 part 9: 1990. It involves loading a steel plate with a particular diameter and noting down the settlements that correspond to the individual load increments.

Test loads are always increased gradually till the plate begins to settle at a fast rate. The value of the bearing capacity of the soil is gotten by diving the total value of load applied on the plate by steel plate area. Safety factor apply to provide the safe bearing capacity.

Plate bearing test is mostly carried out on foundation levels. It can be done on the surface or a shallow pit. Plates come in varying sizes of up to 720mm diameter. The loading plate is normally placed on the surface then connected to a reaction load via a load cell. Because the plate’s size used are large, the test is reliable when done on large aggregate backfills though it needs a bigger reaction load. An average 15tonne tracked excavator can be used to act as a reaction load.

Plate bearing and California tests are the major tests used to determine soil properties. These tests can be done in laboratories or the site.

The differences between PBR and CBR tests

Plate bearing test aims at finding out the real strength and the ground’s bearing capacity that awaits construction of a certain mass. California test involves penetration and it evaluates the ability of the ground and its subgrades as well as base layers to sustain a new construction.

PBR is applicable where it involves large particle sizes or soils with harder texture. This is the reason why the plates used in the testing machines are of a significant surface area. Furthermore, CBR is well suitable for areas containing small particle sizes that are not larger than 20mm.

CBR tests soils of small size particles because of the CBR devices that have small cylindrical surfaces used to penetrate into the ground. The pressure that is gotten is valued against a standard pressure that is set and which is needed for uniform penetration. Those that go with a 100 percent rate are the most suitable.

3. The objectives of the tests

PBR tests are for determining the maximum weight that a surface can hold well. This means the results that are obtained from this test will often limit construction weights. In some instances, these results can lead to abortion of construction plans in some places. Otherwise, the construction’s size can be reduced if plans are to continue.

In some areas, plate bearing test results can be used to determine the groundwork depth that will be needed. CBR tests are used to determine the thickness factor of all the materials that have to be used in a construction. This is done to ensure the construction will have the right strengths to bear with possible pressures. Therefore, CBR tests plays a huge role when determining construction materials that are to be used and that includes natural properties like size and density.

4. How it is carried out

PBR is done on foundation levels and at the same time performed on the surface, which is slightly below ground level. It involves applying pressure on the tested surface.

For CBR, penetration is what is most critical. The plunger, which is cylindrical, gradually penetrates the ground. Four-wheel drive vehicles are mostly used to produce reaction weight which is necessary for producing force. This is necessary as this test needs real weights to be available.

For PBR, at least six tests are needed so at to reach a conclusion on a ground which would influence plans. However, CBR requires not less than eight tests for a conclusion to be arrived at. Differences in surface areas is the main defining factor in these tests. You can ascertain the PBR by comparing them to CBR tests, which involves testing small areas with regards to surface penetrated. PBR involves testing large area surfaces.

PBR tests could be conducted on the site of the ground or testing a sample in a lab. Both are effective and reliable. CBR also involves both site ground tests as well as sample tests. However, CBR tests are mostly recommended on site ground. This is because on the site ground you can test using real carriage vehicles to get more reliable results.

Plate bearing tests involves a straight forward process that involves the plates undergoing subjection to different pressure amounts and recording the results. Pressure is usually added following a consistent rate. The records are later plotted on a graph so as to get the capacity value. California bearing test is done by measuring pressure amounts that are necessary for penetration by the plunger which is used in different surfaces on site ground.

When looking at CBR in terms of defects, you will realise that it is more effective compared to PBR when identifying defections that may be experienced when doing the tests and analysis.

Plate load tests are always done to determine the bearing capacity of the construction ground and how it can settle under a certain load. This test is usually done before construction works begin and the main focus revolves around safety. 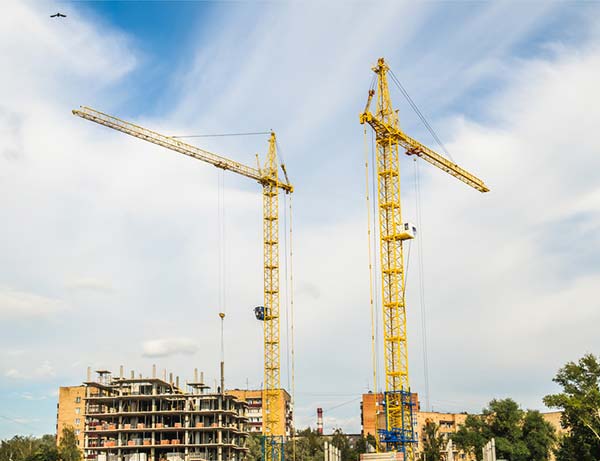