Cannabis (marijuana) from the Cannabis plant has been used for centuries as a recreational psychoactive drug, and also for medical purposes. Hemp is a variety of Cannabis sativa grown specifically for commercial use. The major psychoactive substance is tetrahydrocannabinol (THC). But extracts from the plant contain over 400 compounds, at least 65 of which are known as cannabinoids. The most important cannabinoid for medical application is cannabidiol (CBD). However, there are other compounds, such as terpenes, that may also be effective medically. All preparations for medical application or commercial sale are only allowed to have trace amounts of THC (less than 0.3%), so that they have no psychoactive side-effects. It has been claimed that there can be a synergy between CBD and other cannabinoids that is necessary for their full effect in the body. This is known as the entourage effect (Ben-Shabat et al., 1998). However, a recent rigorous review showed that there was no clear evidence of reproducible entourage (Cogan, 2020).

Cannabinoids work in the body via cannabinoid receptors on the surface of cells. Two have been discovered so far, CB1 and CB2 (Howlett et al., 1990, Mechoulam and Hanus, 2000, Mechoulam et al., 2002, Watkins, 2019). CBD also appears to act on opioid receptors, which may support its potential ability to alleviate pain (Johnson et al., 2010, Corroon and Felice, 2019, de Almeida and Devi, 2020). CB1 is found mainly in the brain. Whereas CB2 is found particularly in peripheral tissues. Both CB1 and CB2 are coupled to G-proteins in the cell membrane, that induce or inhibit the generation of cyclic AMP, calcium and other signals inside the cell (Campbell, 2018). These act directly on intracellular proteins such as kinases. These kinases put phosphate residues on key proteins which regulate their activity. THC indirectly increases dopamine release in the brain that leads to its psychotropic effects.

It is clear that the long-term effects of cannabinoids on cells must involve regulation of gene expression (Berry et al., 2020, Gomes et al., 2020, Kim et al., 2020). However, there is much research needed on precisely which genes can be switched on or off by cannabinoids, what the intracellular molecular mechanisms are that mediate these, and how these may explain the long term effects of cannabinoids. A further issue is the purity of CBD preparations. Unless a CBD preparation has been chemically fingerprinted it is not possible to be sure which substance(s) are responsible for any effects on individual cell types or the whole body.

Atlas Hemp Industries has a research programme that is focussed on both these key issues. We aim to provide a chemical fingerprint on our cannabinoid products, defined using Raman spectroscopy and other state-of-the art biochemical techniques, together with identification of which are bioactive and how they work.

Cannabinoids are highly hydrophobic. Thus, they do not dissolve in water. Their administration is best carried out through a preparation of nanoparticles or liposomes. This is a well-established technique and has already been used in the administration of drugs medically, and in one of the COVID vaccines. An interesting outcome of this dislike of water of cannabinoids is that they dissolve in body fat. This may lead to long term effects of CBD, since it will remain in the body for a substantial amount of time. An important consequence of the research programme of Atlas Hemp Industries is that we will identify which proteins are responsible for transporting cannabinoids around the body, and whether this is affected by other medications taken by a patient. We have already established a unique chemiluminescent technique to discover this key role of the major protein free in blood – albumin (Campbell, 2012, Vassel et al., 2012)

There is good evidence that CBD is effective in treating certain types of epilepsy and has been licenced for this (Cilio et al., 2014, Hill et al., 2012, Patel, 2021). There are publications claiming effects on pain relief, cancer, and several other medical problems. These effects may be true on a small number of individuals. But what is needed now are rigorous double-blind trials to ascertain the true validity of these claims, and to identify the molecular and cellular basis of what makes a particular individual sensitive to CBD in a beneficial way.

Thus, Atlas Hemp Industries Ltd is in a unique position to establish the long-term market potential of the medical applications of CBD. This depends critically on our research programme, resolving the precise chemical fingerprint of CBD preparations, and establishing how it works inside the cell via intracellular signals, as well as control of gene expression. 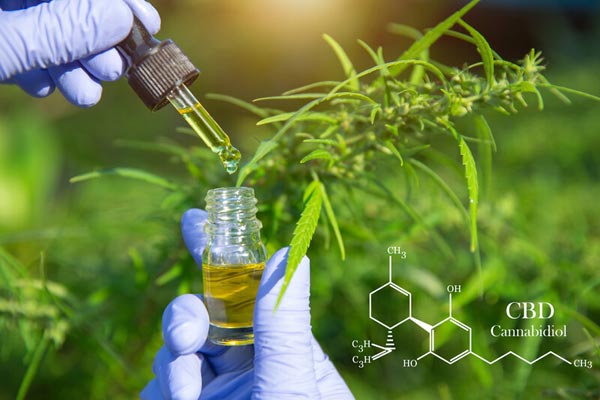