Whilst there are parts of planet Earth that better managed to avoid the scorching heat of the summer of 2022, plenty of countries around the world either definitely experienced the temperatures, or were unlucky enough to suffer some of the consequences of such temperatures in the air streams.

Nations across the continent of Europe certainly experienced the heat, and this week it was confirmed from satellite data commissioned by the European Union, that the most recent summer was in fact the hottest on record.

That will, of course, come as no surprise to anyone who personally experienced the months of June, July and August and in shattering the previous high marks recorded, the United Kingdom is not the only country to have ongoing drought issues to contend with as we head closer towards the winter.  The first two months certainly had their own challenges, but the Copernicus Climate Change Service have now confirmed that the month of August was the warmest ever yet in Europe and by 'a substantial margin'.  Global researchers have placed August as the third hottest month ever recorded in total and some good betting sites would definitely give you odds on those records being beaten in 2023 or 2024.

Copernicus' research showed that on an over all basis the summer was 0.4C warmer than the prior record - worryingly from a Climate Change perspective, the previous record was created only 12 months ago.  To put that into perspective, August itself was 0.8C higher than August 2018.

"An intense series of heatwaves across Europe paired with unusually dry conditions, have led to a summer of extremes with records in terms of temperature, drought and fire activity in many parts of Europe, affecting society and nature in various ways. The data shows that we've not only had record August temperatures for Europe but also for summer, with the previous summer record only being one year old."

For the UK specifically, the 2019 record set in Coningsby, Lincolnshire was 38.7C - the new record now reads 40.3C.  Wider extremes were seen in parts of Europe.  64 areas of France experienced record highs, and in July, Portugal suffered temperatures of 47C.  Across Europe, the culmination effect of draughts being declared mean the conditions are the worst on record in the last 500 years.

It is not just Europe though.  Both the United States and Australia have featured fierce wild fires again - a sight seen on a rare occasion when it was not absolutely deliberate in Britain.  Asia and the Middle East have equally suffered, with China experiencing drought conditions of their own as August's temperatures persisted.

The counter to that of course, is the Yin and the Yang, or the cause and effect, if you prefer.  It has already been shown that the highest emitters of Carbon Dioxide into the upper atmosphere suffer the fewest effects, with the lowest emitters generally seeing the biggest damage, so whilst some of the planet has baked in record temperatures and now deals with draught conditions, the likes of Pakistan have just seen far wetter than average rain fall conditions which have triggered massive floods, that have sadly seen a large loss of life and property.

The Copernicus data also shows that it was wetter than average over the majority of Scandinavia and far more southern and south easterly Europe.

Where ever you may sit on this topic, nobody can deny things are changing and most would accept people could disagree on the 'man made' element of the debate as that is almost irrelevant, but that does not mean 'man' cannot take steps to correct (or at least temper) these changes as we move forward into the future and the parents out there, think of their children and potential grandchildren.

We have some means and technology - but do Governments have the will? 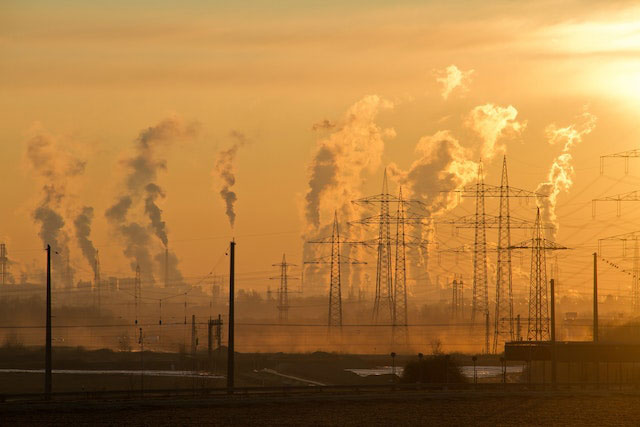